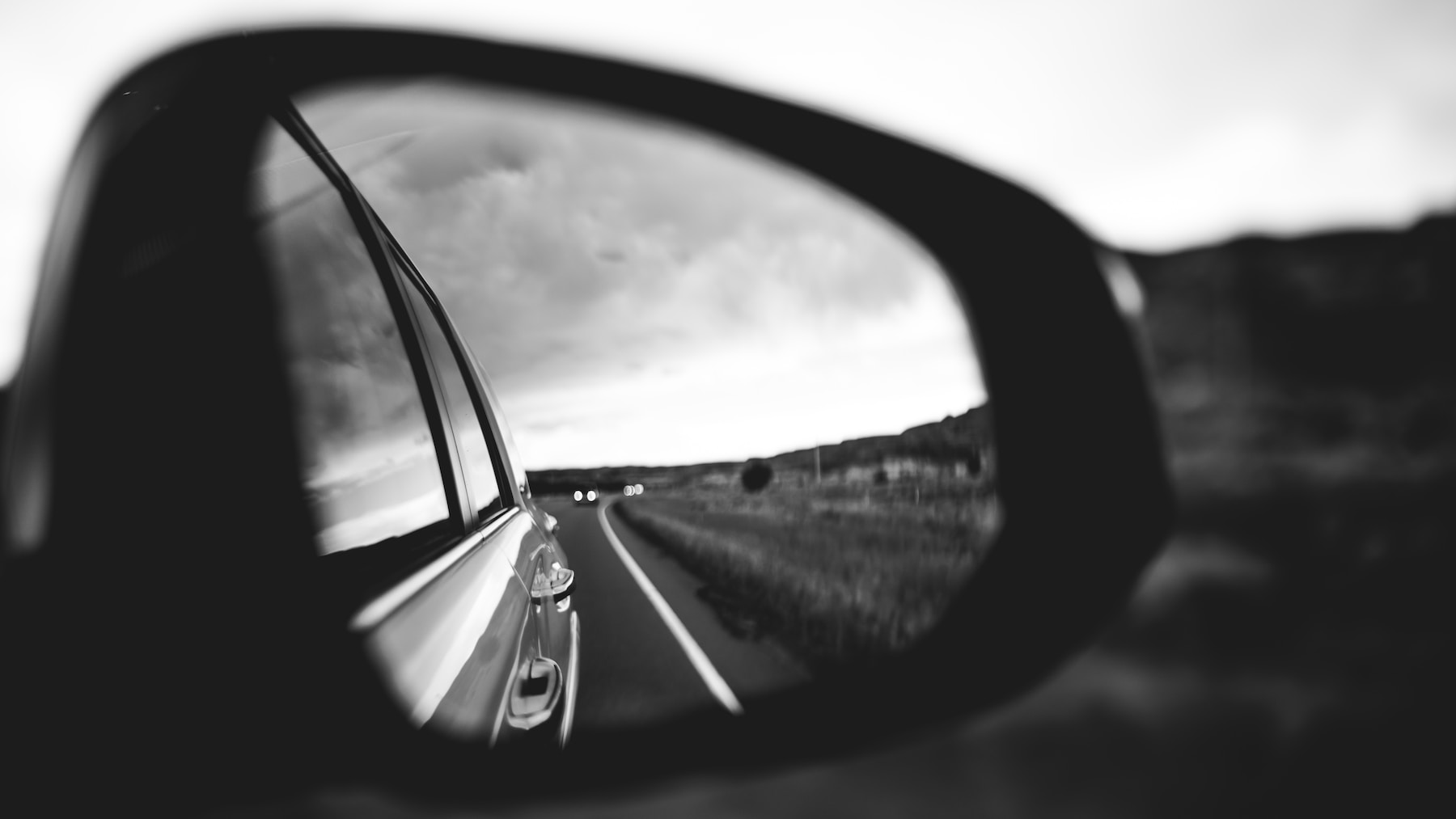 It was an exciting, fast-paced, and ground-breaking year for MJA filled with battles won, grateful clients, and expansion into new and existing practice areas.

In 2022, MJA fought victoriously for clients at courts-martial, administrative separation hearings, and military correction boards. MJA also led the fight against the military’s unlawful COVID-19 vaccine mandates (which have now been rescinded), defended service members in civil actions whose statutory rights were violated, and expanded our practice to include parole and clemency hearings—all with spectacular results.

It was also a year that MJA welcomed a new team member to the firm, retired Marine Lieutenant Colonel Chip Hodge, and saw the Camp Lejeune Justice Act become law–creating, for the first time, a federal cause for those injured by contaminated water to pursue claims for damages. Through it all, MJA has worked diligently to provide the highest quality representation to our clients and to fulfill our mission to Defend Those Who Defend Us.

MJA’s court-martial practice saw unprecedented success in 2022, resulting in full acquittals at trial, withdrawal and dismissal of charges, the release of service members from unlawful pretrial confinement and restriction, parole for a post-trial veteran, and even dismissal with prejudice of charges at a general court-martial.

One memorable case in 2022 involved a young Master-at-Arms Third Class (E-4) in the United States Navy who refused to take the “deal” offered by the Government and instead fought for his innocence at court-martial. After being charged with dereliction of duty for allegedly unholstering his firearm and pointing it at another Master-at-Arms, the Sailor retained MJA to defend him at court-martial where he faced the possibility of a punitive discharge, confinement, and reduction in rank, if convicted. At trial, MJA created reasonable doubt on whether the Sailor was acting in self-defense by unholstering his firearm. After hearing all the evidence, the jury deliberated for less than an hour before returning a verdict of “NOT GUILTY.”

MJA also expanded its practice in 2022 to include representation before the Department of Defense’s Clemency and Parole Boards.

MJA represented at the Naval Clemency and Parole Board a Marine convicted at general court-martial of violating Articles 92, 114, and 119, UCMJ, and sentenced to 69 months of confinement. While serving confinement, the Marine petitioned for and was denied parole. The Marine retained MJA to fight for his release. MJA prepared and submitted to the NC&PB an extensive petition showing that the Marine met the criteria for parole and appeared telephonically at the board hearing to advocate on his Marine. The NC&PB agreed with MJA and approved the Marine’s request for parole!

One of the most ground-breaking legal developments in 2022 was the passage of the Camp Lejeune Justice Act.

For over 30 years, Marines, their loved ones, and civilian contractors stationed and/or working at MCB Camp Lejeune and MCAS New River were exposed to drinking water systems contaminated with industrial chemicals. Numerous types of cancer, Parkinson’s disease, birth defects, female infertility, and other health conditions have been linked to these contaminants.

After years of denying justice to those harmed by the contaminated water, the Camp Lejeune Justice Act became law in 2022, creating a federal cause of action to allow those who suffered from water contamination to file lawsuits for compensation. As Marines ourselves, MJA became involved in this litigation and is proud to represent Marines and their families who were harmed by the contaminated drinking water at Camp Lejeune.

(For more information about eligibility for a claim under the Camp Lejeune Justice Act, contact our Marine Corps veteran attorneys for a free consultation).

Christmas came early in 2022 with Congress deciding to rescind the COVID-19 vaccine mandate.

On December 23, 2022, President Biden signed the National Defense Authorization Act (NDAA) for Fiscal Year 2023 (FY23) into law. Section 525 of the FY23 NDAA requires the Secretary of Defense, within 30 days of the law being passed, to rescind the mandate that members of the U.S. Armed Forces be vaccinated against COVID-19.

Throughout 2022, MJA worked tirelessly to defend service members whose careers were threatened by the unjust vaccine mandate. MJA successfully helped a Midshipman receive a religious accommodation, saw clients receive fully honorable discharges (when most service members did not), and even got a Marine retained on active duty after refusing the COVID-19 vaccine.

In one of the first cases of its type, MJA represented a Sergeant (E-5) in the Marine Corps who was taken to an administrative separation board for allegedly violating Article 92, UCMJ, by not receiving a COVID-19 vaccine. During the hearing, MJA admitted extensive evidence showing that it was impossible for the Marine to comply with the COVID-19 vaccine order because the only two FDA approved vaccines—COMIRNATY AND SPIKEVAX—are not available to servicemembers. Based on this evidence, the Board determined there was “no basis” for misconduct and retained the Marine on active duty.

MJA fought for service members across the military branches, with allegations ranging from drug abuse to sexual assault, with spectacular results:

In one titling appeal (which are notoriously difficult), MJA represented a Chief Petty Officer in the United States Navy at the Board for Correction of Naval Records (BCNR). The Chief was titled and indexed by the Naval Criminal Investigative Service (NCIS) during an investigation for a violation of Article 120, UCMJ. Despite substantial and overwhelming evidence showing that the Sailor did not commit the offense, NCIS refused to remove the titling determination. MJA appealed the decision to the BCNR, which determined that credible information did not exist to title the Sailor and that the titling was a “significant injustice.” The BCNR granted the Sailor full relief and recommended that NCIS expunge his name as a titled and indexed subject from the NCIC and DCII criminal history databases.

Our practice in front of military correction boards in 2022 also highlighted the value of having an experienced attorney. Veterans often try to achieve a discharge upgrade on their own but do not understand the standard of review or evidence required to be successful. It is not uncommon for these service members to be denied relief by the boards and reach out to MJA for help.

In one case, an Army Private (E-1) was involuntarily separated with a Other Than Honorable (OTH) discharge after receiving a Summary Court-Martial and Article 15 punishments for violating Articles 86, 87, 90, and 91, UCMJ. In 2008, the veteran submitted a petition to the Army Discharge Review Board (ADRB) requesting a discharge upgrade but was denied relief. The veteran retained MJA to help with the appeal. MJA submitted extensive evidence to the ADRB showing that the Soldier suffered from debilitating medical issues which adversely impacted his ability to perform his military duties. Based on the evidence presented, the ADRB determined that the Soldier’s discharge was inequitable and upgraded the Soldier to a General (Under Honorable Conditions) characterization of service.

In our civil litigation practice, MJA successfully fought for service members whose due process rights were violated.

In one case, a Staff Sergeant (E-5) in the Air Force terminated her residential lease after receiving orders for deployment. While deployed, the Staff Sergeant was unlawfully assessed a debt related to her housing lease which got referred to collection. The Staff Sergeant retained MJA to assert her rights under the SCRA and seek damages.MJA gathered evidence showing that the Staff Sergeant should not have been assessed a debt after properly terminating her lease, issued a demand letter to her housing provider, and coordinated with the debt collection agency to stop collection efforts. These efforts resulted in the complete elimination of the service member’s debt, termination of debt collection efforts, and significant compensation for her damages.

MJA is thankful for all the clients we were able to help in 2022 and look forward to fighting for more service members in 2023. If you or a loved one need an experienced military attorney in your corner, contact us today for a free consultation.